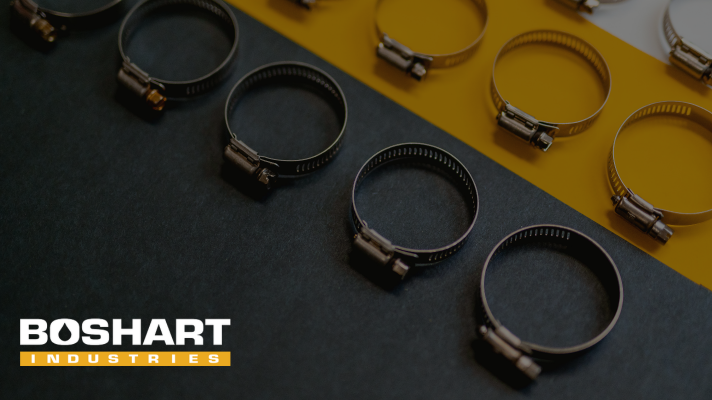 This month, we’ve been sharing all about gear clamps and why they’re not as simple of a product as many people believe. We’ve been exploring some of the things plumbers and contractors forget to consider when choosing or using gear clamps, and ultimately how to alleviate those issues.

While we’ve covered the differences in design between some of the most popular options, answered frequently asked questions about gear clamps, and given you a framework for choosing the right gear clamp for the job, today we’re going to specifically be discussing 3 big reasons you really want to make sure you’re using the right sized gear clamp.

There is no definitive guide on gear clamp selection (or dangers of improper gear clamp selection) because the circumstances will vary so much from job to job. How much risk tolerance is acceptable for this job? How many gear clamps are you buying at once, and how much room do you have to store them? Are your clamps used where corrosion might occur? There is so much to consider.

All of those questions being asked, we firmly believe there are 3 big reasons—regardless of the circumstance—you may not want to choose a gear clamp that is oversized for the pipe you’re trying to clamp.

It’s as simple as that.

The bigger the gear clamp you buy, the more expensive it is because of material. Especially if you’re using a do-it-all gear clamp, like Boshart’s 87 series which is made up of 300 grade stainless steel.

Having a gear clamp with a large tail hanging off of it is almost like having money hanging off of the clamp. It’s not serving you by being too long. It’s actually costing you money.

Buying gear clamps in bulk is an easy way to save some money. The cost of a single gear clamp is negligible, but if this is your profession and you regularly order lots of gear clamps, the cost starts to matter over the long term.

A long portion of gear clamp band that is unused and protruding from the clamp creates more opportunities for that clamp to get snagged by something (another pipe, wiring, general maintenance) and could cause it to dislodge.

While the vast majority of gear clamps are going to be able to withstand some contact with another object, it is not benefiting the connection in any way to do so. Over time, the clamp may become looser which means the seal is not as strong and is at a far greater risk of detaching.

Even if you try to solve this issue by using a cutter to trim the excess band of the gear clamp, you create sharp edges on the end of the band which pose their own issues. Assuming you’re willing to run the risk, it doesn’t solve the issue from #1: that wasted band you just cut off is money you spent on a thing you didn’t need. And, after cutting it off, that gear clamp can never be reused at its original size anywhere else.

3. It Causes Uneven Pressure on the Pipe

Imagine you have a properly sized gear clamp on a pipe. When you tighten down that gear clamp, it is going to provide an even pressure all the way around the circumference of the pipe to create a tight seal that is dependable.

When you use a gear clamp that is too big—particularly a regular gear clamp on a small diameter pipe (for the sake of illustration, we’ll guestimate 1” or smaller)—the housing of that gear clamp is too big (in relativity to the pipe), causing the band of the clamp to be free-floating between the surface of the pipe and the housing. What this means now is that the connection has weak spots where there is—quite literally—no pressure being applied from the gear clamp to the housing.

Check out the image for a more clear illustration of this phenomenon.

Of course, this is highly situation-dependent, but it’s a real danger and, arguably, the most important item to consider on this list.

Only you can be the judge of what size of gear clamp is right for the job. Surely there are other reasons using an oversized gear clamp is problematic that we haven’t even covered in this article.

What’s the solution to these problems? Choosing the right size gear clamp for the job. How do you do that? Check out our article for a more comprehensive process.

Replacing Parts on Your Yard Hydrant 101

[Video] How to Properly Measure your Tank Tee