Everything you Need to Know about Air Volume Controls 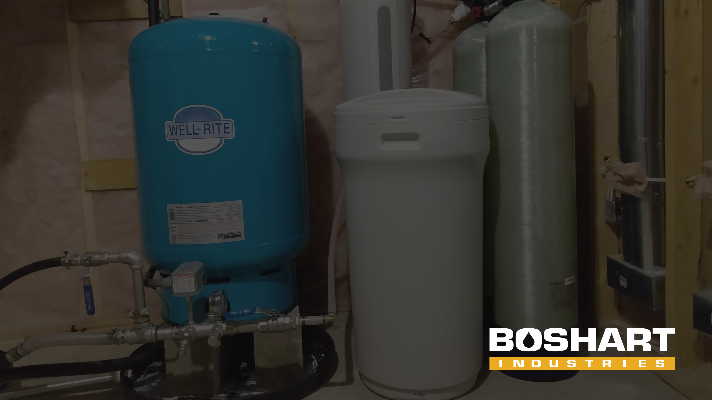 In this post, we will take a look at air volume controls that are meant for shallow and deep well applications, providing a clear understanding of how they work and giving you a better idea of which one you should choose. Let's dive in.

All About Air Volume Controls

Hydro pneumatic tanks are one of the oldest types of pressure tanks. They are only found in areas where water quality requires them. Water and air are mixed together in a hydro pneumatic tank to reduce the "rotten egg" smell that sulphur bacteria and hydrogen sulphide gas in the water can cause.

In a shallow well installation, the pump is at the surface, creating a vacuum which draws water from the well. Shallow wells typically will not pump water from any deeper than approximately 28 ft. Air volume chargers in a shallow well pump installation have a tube attached to the suction side of the pump sucking the air each time the pump runs. The air then goes into the tank during each pump cycle.

An air charger is designed to open and close a valve with the change of water level within the tank. When the water inside the tank gets high, the valve opens allowing air to travel through the tube and open the valve. When the tank has enough air, the control closes the valve, so no more air is injected into the tank. There should be a proper air to water ratio.

The bottle style air volume control acts only as an air charger. The bottle type will eject a full chamber of air into the tank every time the pump cycles, regardless of the water level. This style is limited to an 82 gallon tank or less.

The diaphragm style acts as an air volume control and an air charger. The diaphragm style will only eject a full chamber of air into the tank with each pump cycle if the water level gets too high. This type works with tanks up to 220 gallons.

The float type control serves as an air volume control and an air charger, similar to the diaphragm style. The float type will only allow air to be introduced into the system until the float closes the air valve. It also has the ability to add more air into the system since it is not limited to the air volume of the air chamber. This control can handle tanks up to 220 gallons.

For a deep well installation, the pump is installed down in the well and then pushes the water up to the surface. Depending on the type of pump, the pump will typically draw water from depths of up to 1200 ft or more if required.

Deep Well installations also require a bleeder system to charge the air into the tank. The bleeder is installed in the drop pipe in the well that is down below the frost level, usually 10-20 ft. Every time the pump stops, the water drains back into the well to the port in the bleeder. A check valve is installed to keep the water inside the pressure tank from draining back to the well when the pump has shut off. The valves within the bleeder will close under the pumps pressure so that the water does not leave during the pump cycle.

Similar to the above model, this air volume control uses a float to open the main valve when there is too much air. The AVC-DW-AR sends the air to a chamber where there is an adjustable pressure relief valve which exhausts the air, as long as the pressure in the tank is higher than the air release valves back pressure valve setting. When the float starts to rise as the water level increases, the main valve closes, keeping all the remaining air in the tank.

Keeping in mind the variety of air controls available and the specific applications they are designed for, ensures you are making the right selection. Air volume controls are an important part of any shallow and deep well installation. Including the proper air volume control is the key to a safe installation process.