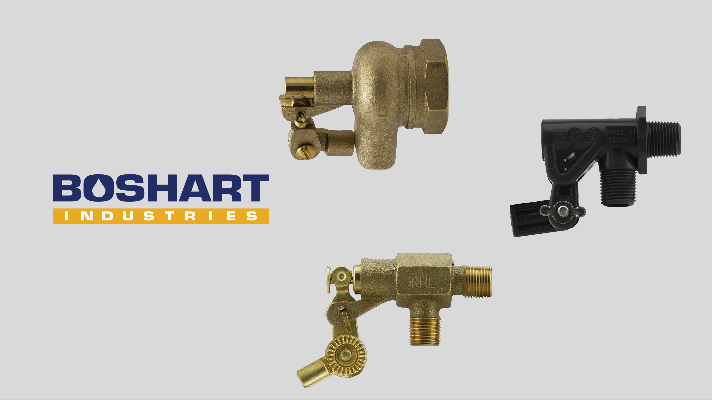 Have you ever wondered where float valves are used? You probably found one being used on the back of a toilet, but where else can you use float valves, and what exactly do they do? Float valves are quite popular and are used in a wide range of applications.

What is a Float Valve?

A float valve is a device that can be used to control the level of fluid inside a tank. The float valve controls the level by opening and closing a valve in response to the changing levels. A basic float valve includes, an air-filled float which is attached to an arm and sealed to ensure water does not enter.

Float valves are high capacity and feature an adjustable, short arm for customizing water levels. The outer threads on the inlet is a straight thread, allowing the nut to be tightened in order to compress the gasket, sealing the float valve firmly. Typical applications include car washes, cooling towers, swimming pools and high-pressure washes.

Float valves can be found in a large variety of applications including Agriculture and Industrial trades. They range from being used in direct acting situations to complex operations often found in Municipal applications. Occasionally, float valves can be found in automated water systems for livestock. When the drinking water for the animals lower, the float ball lowers with level of the water, opening the valve and allowing the tank to fill back up to the pre-set level.

Other common locations where you would find float valves are aquariums and the back of your toilet. The float valve can be adjusted to achieve a customized water level for the specific application.

Consider carefully where you mount the float valve. It is important not to bend the stem, if possible. If you bend the stem too much, it shortens the effective length of the stem ultimately reducing the amount of leverage available to close the valve. Instead, you can adjust the liquid level with the short arm, a thumb screw and an adjusting screw. Keep in mind this may vary depending on the application and maximum inlet pressure.

Now that you know the vast areas that float valves can be found in, keep an eye out for them! Float valves allow piece of mind, ensuring that the tank does not overflow. Float valves may be small, but they play a vital role in controlling the flow of the liquid in the application where they are used.

5 Common Questions You're Embarrassed to Ask About Pressure Switches

Electrical Tape: 5 Tips on How to Successfully Use it