Well Cap VS Well Seal: When to Choose Each 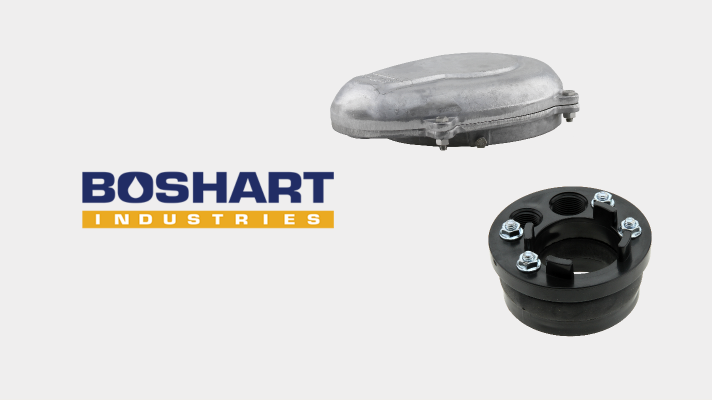 In simplistic terms, well caps and well seals are very similar products. Both are designed to cover the top of a water well and, in effect, enclose the well casing so that the well is protected.

However, digging into the specifics will very quickly lead you to the conclusion that these two designs have very different strengths and weaknesses. Depending on where you’re located, one type will likely be more prominent than the other, and for good reason.

Today, we’ll go over what each one of these items is briefly, and then compare the situations in which you would choose one over the other.

A well cap is (most often) a metal cover that sits on top of a well casing (almost like a lid), although

some manufacturers also produce well caps that include ABS. Well caps are often designed with the ability to allow pump wire to pass through underneath the lid (most often via conduit) and there is often a grounding bolt also included. Well caps do not support submersible pumps, as any situation where a well-cap is installed will also include a pitless adaptor. A well cap is seated along the top and outer edges of a well casing, creating a seal with an integrated O-ring gasket on the outside of the well casing.

A well seal also sits on top of a well casing, but it serves a number of other purposes that a well cap 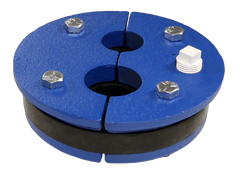 does not. A well seal allows for pump wire, a faucet or hose hookup, and the primary water supply to pass directly through the seal via the holes that are a part of the design of the seal. In addition to this, the well seal itself also supports the submersible pump which is suspended from the seal. A well seal is seated along the top and inside edges of a well casing, creating a seal with an integrated O-ring gasket from the inside of the well casing.

From this quick comparison, it is clear that these two types of well covers are used for very different purposes. So then the question becomes: how do you know which one you should use?

The safest bet—if you are replacing a well cap or seal—is likely to continue using what the previous installer had already used. But if you’re unaware of what was used before, or have reason to believe (in the very unlikely event) that the wrong type was used, there is a more logical way to conclude what makes the most sense for you.

If you live in a climate where the weather becomes considerably cold in the winter—to the degree that the ground freezes—you are going to need to use a well cap on your well.

If you live in a warmer climate where the ground does not freeze, you are more likely to use a well seal.

Why is this true?

Part of the answer is as simple as, “It is what’s common in the industry.” If you travel around the southern United States, you will often find well seals in more areas than any other form of well cover. However, if you travel around in the northern United States, and especially throughout most of Canada, you will find well caps. This is because in these colder climates where the ground freezes, a pitless adaptor is used in a water well system so that the water pipe that runs from the well to the structure or home can remain below the frost line.

Due to their intrinsic designs, well seals draw the water up through the very top of the well casing and then route the water towards the structure above-ground (or only in a shallow trench). A well cap, however, does not require that the water be drawn up through the top of the well cap, and this is where the pitless adaptor (often 4’ below the ground level, where the frost line does not reach) draws water into the structure underground.

Another major difference between well caps and well seals is the importance of material selection when choosing a cover of some kind. Particularly in well seals, because the pump is being suspended from the well seal, it is imperative that the seal be made of a material that is rated to hold the estimated weight of the pump.

Boshart generally recommends that any wells deeper than 300 feet utilize a steel well seal; whereas shallower wells may be able to use an ABS (plastic) seal which tends to be a more economical option. Cast Iron was the most common material for many years, but its tendency to rust has made it problematic for some users.

For more information on well seals, check out our article 4 Step Selection Guide for Well Seals.

Comparing well caps and well seals is a little bit of an impractical endeavour as the two serve very different purposes. Where you live and the climate in your area are easily the biggest factors that affect whether you need one or the other.

If in doubt, Boshart always recommends consulting a local professional or regulatory code. Well caps and well seals have varying levels of layman serviceability, so it is always wise to exercise caution and enlisting the help of a trusted pro.

Well Caps: Choosing the Proper Size for your Well

Choosing the Right Size Well Seal for your Well

8 Features to Look For in Industrial Well Caps